Specialized structures utilize the full line of SF Marina Systems products, with customized features and designs. With the combination of our industrial systems and custom single-cast concrete structures, we have a wide range of product uses and applications which suit the marine industry, shorefront businesses and transit systems. 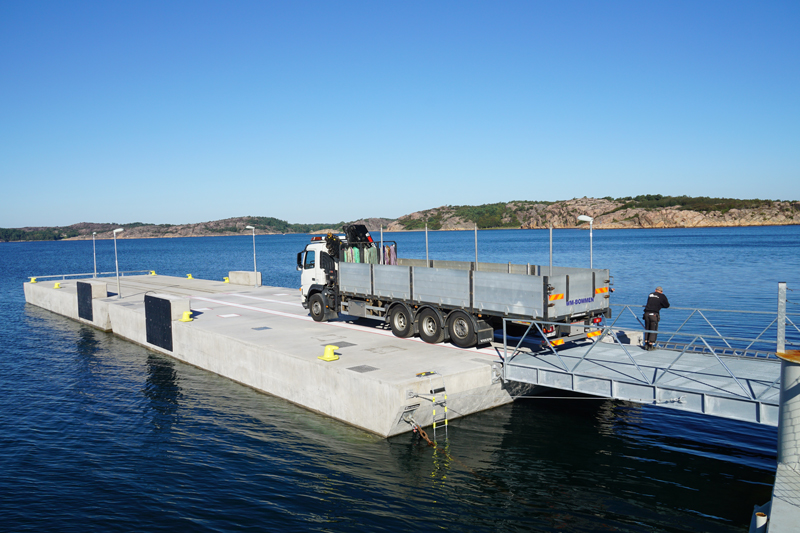 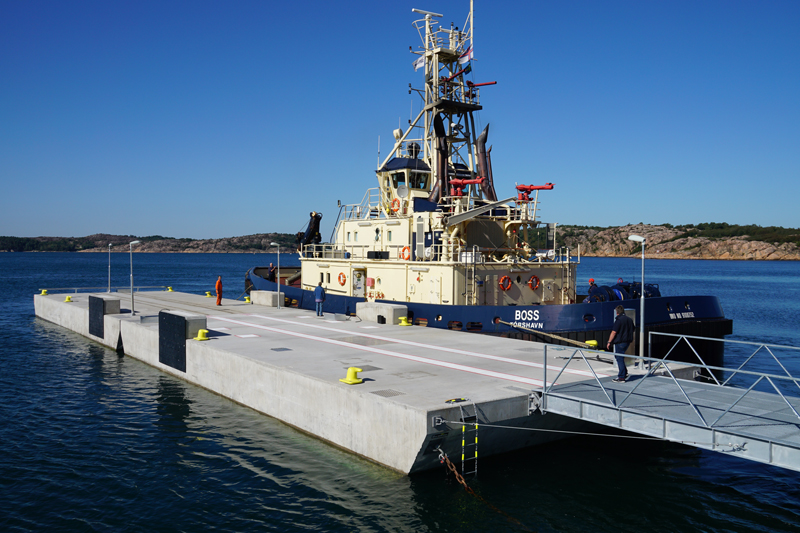 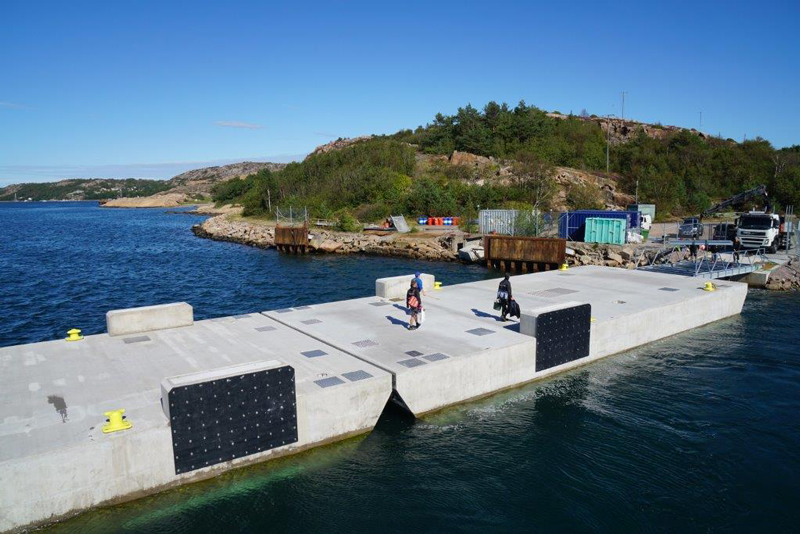 Located near the SF Marina Systems factory in Sweden. These high freeboard (5 ft) Tug / super yacht berths serve as a home port for three 1100 ton Tug boats. The massive single cast units are 10m wide and 2.4m tall and weight over 240mt each. They can be combined together to create unlimited lengths, with pile moored solutions as well as chain mooring.

Integrated into the utilities systems is Power, water and sewer systems for the vessels. 30-ton bollards are cast into the structure. Customizable cast concrete fender blocks allow the buoy fenders more contact area to cushion the tugs during stormy weather.

The reinforced deck and bridge ramp is designed to carry loaded commercial trucks allowing supplies to be craned on to the tug boats, and for Fuel truck deliveries. This Floating pier system is a acceptable alternative to fixed pier structures for Commercial vessels and Super Yachts.

Eight SF type 1550s were post tensioned together to form the large foundation on which the hotel was built.

Salt & Sill is an island inn that opened in 1999 to accompany and international cuisine restaurant based on local raw materials and strong influences from the coast. Lacking the land to build the Inn, SF Marina Systems offered a solution. In the autumn of 2008, Sweden’s first floating hotel opened alongside the restaurant. The hotel is a meeting and conference venue with 46 beds, and open all year round.

Salt & Sill has been awarded the status ""Worth a Journey"" and ""White’s Heart"" by White Guide, the Swedish Restaurant Guide. It was also awarded a quality accreditation ‘Västsvensk Mersmak’ by the Tourist Board for the West of Sweden. 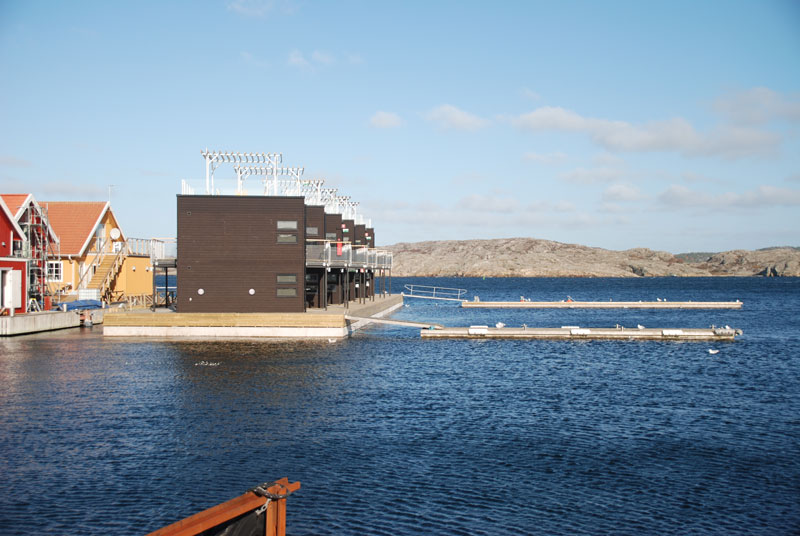 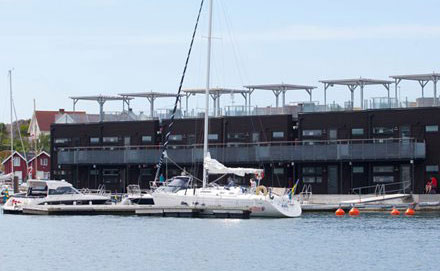 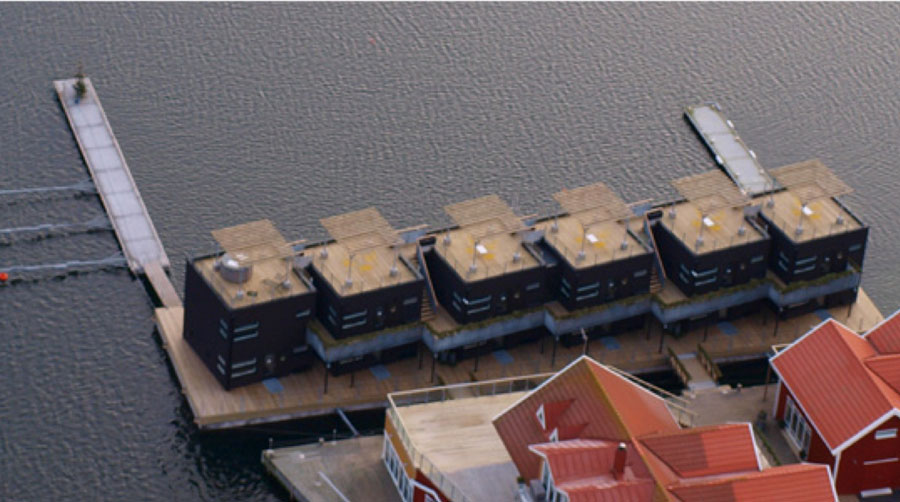 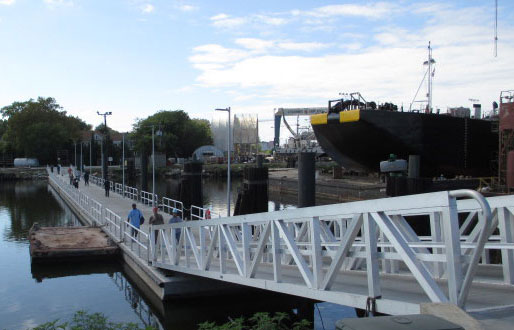 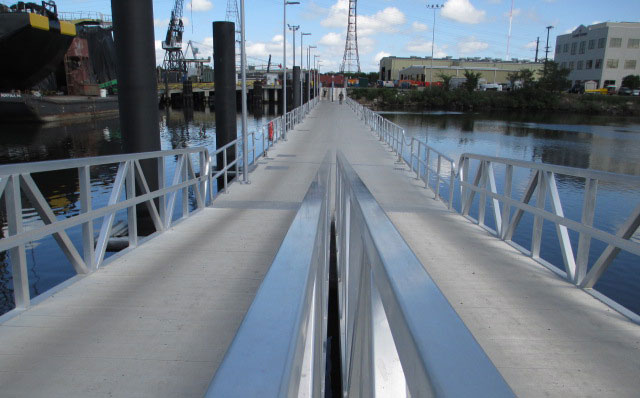 Colonna's Shipyard in Norfolk, VA is an industry leading shipyard and repair facility. The company has an expansive shipyard campus with large canal docking areas. The employees of the shipyard had to walk long distances around the canal areas to get from one side of the yard to the other. A permanent fixed bridge was not practical, and would block the canal from vessel movement. The solution was a solid cast concrete floating bridge, with a “swing section” to allow vessels to pass thru. The wide floating bridge was fitted multiple ramps for two way traffic, lights and railings to accommodate foot traffic , and small vehicle traffic. To accommodate vessels the systems also has HD D-Fender and bollards.