A world wide leader in Concrete floating structures including concrete docks, and floating breakwaters, SF Marina Systems USA is please to announce they have provided docks for the Cup base in Bermuda. The first dock system was installed in the Dockyards area and provides for the Oracle team’s support boats and the racing catamarans. The Dockyards location has constant commercial activity going on as it acts as one of Bermuda’s commercial ports. As a result portions of the dock system need to be periodically removed to allow the berthing of large ships. To accommodate this the dock system has been designed with large single cast 82’ fingers, which are moored with Sea flex elastic Mooring Systems. In addition Detachable pile guides allow the assembled section to move in one piece. 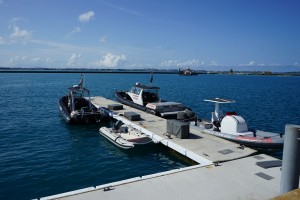 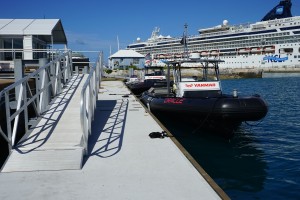 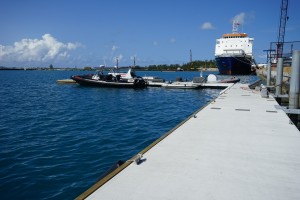